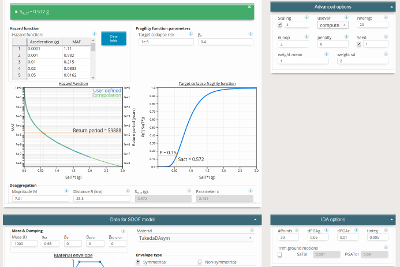 The concept of intensity-based assessment for risk-based decision-making was recently introduced, and realized by 3R method (Record selection, Response analysis and Risk-based decision making), which can be used to check the adequacy of structural seismic safety. The objective of the method is estimation whether the seismic collapse risk is lower or larger in comparison to target collapse risk, which is assumed acceptable. This can be estimated with high accuracy on basis of results of only few nonlinear dynamic analyses at single intensity by using carefully selected ground motions, which are termed characteristic ground motions (CGMs). The engineer can decide that the structural seismic collapse safety is suitable when collapse is observed in the case of less than half of, for example, seven CGMs. On the other hand, if collapse is observed in case of more than half CGMs, the collapse risk is estimated to be too large. The decision model is therefore straightforward, if appropriate CGMs are used.

The purpose of this application is to select seven CGMs in a user friendly manner. The selection of CGMs in the 3R method is two-step procedure. In the first step the ground motions are selected in accordance with the target collapse risk and seismic hazard at the site. In the second step the smaller set of seven CGMs is selected on basis of computationally non-demanding analysis of simplified structural model with one degree of freedom, which is defined on basis of pushover analysis results. CGMapp performs this selection automatically, which enables fast and efficient decision-making about adequacy of seismic safety in accordance with the 3R method. 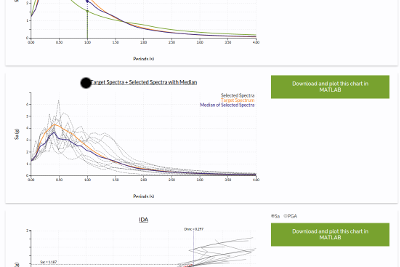 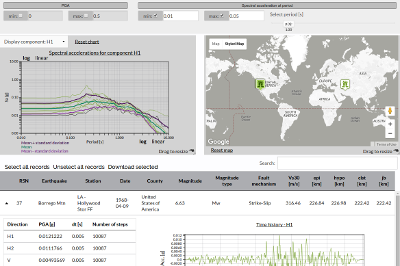 Queries are possible by providing various criteria ranging from basic meta data like earthquake magnitude and location to more specific like specifying spectral acceleration interval at desired period. Application displays spectral accelerations of selected records, their mean and standard deviations, earthquake locations, acceleration time histories and other meta data. All this data can also be downloaded to users computer.